Why you should visit Barbados

The island of Barbados is an exotic island in the Atlantic and is located east of the Caribbean. It is an independent state island. Formerly known as Ichirouganaim, this island is of British origin, as are other Caribbean countries. This shallow coral island is an excellent destination with many activities of nightlife, and famous restaurants.

Barbados is divided into eleven administrative communities. The capital and largest city is Bridgetown. Fustic, Oistins, Holetown and Speightstown are just some of the other towns and villages. One of the most important things that make Barbados such a wonderful place is its inhabitants: the Bayans. The Barbadians are warm and helpful. In this article, we would explain in details the history of Barbados and some of the unique attractions that the island has to offer.

The first people to come to Barbados were farmers and fishermen who came from South America by canoe kayak around the year 350 AD. Also before the arrival of Europeans there were at least two more waves of immigration from South America: the Arawaks around 800 AD and the Caribbean around 1200 AD.

The Portuguese were the first European to reach the island and gave Barbados its name, which means "bearded island" - although it is not known whether "bearded" referred to the inhabitants of the island or to an aspect of the natural landscape. The Portuguese quickly conquered the islands, enslaved the natives and deported them to work on plantations in other Portuguese colonies.

The first English landing in Barbados took place in 1620, when Captain Cataline made a short stopover to fetch water. A permanent landing followed in 1625, led by Captain Henry Powell of the ship Olive Blossom, in the area now in Holetown. When the English arrived in Barbados, there were no more indigenous people on the islands and no traces of them. One of the few signs that the islands were previously inhabited was a wooden bridge (known as the "Indian Bridge") on the site that later became Bridgetown.

Barbados remained a British colony for almost 350 years and eventually gained independence on 30 November 1966. Barbados remains a member of the Commonwealth of Nations, Queen Elizabeth II. However, is head of state There are proposals to make the country a republic.

The crime rate in Barbados is relatively low compared to other Caribbean countries. Families, friends and children will be sure to leave the island safe and sound. In addition, the Bajans are one of the best people in the world in terms of hospitality and good humor. There is no clear tension between visitors and locals. Surprisingly, tourists can cross the island and immerse themselves in a conversation with locals while enjoying the best rum tastes in the world. Nightlife is also one of the main attractions of your Barbados vacation.

The island also houses the most luxurious beaches and hotels in the world. Families will surely be safe when spending their holiday weeks at hotels in Sandy Lane, Tamarind Cove, Brighton Beach, etc.

In the village of Oistins on the south coast of Barbados Friday night means "fried fish" for tourists and locals. Outdoor stalls take the long strip between the main street and the waterfront, and fresh fish and grilled chicken are grilled right in front of your eyes. Add some side dishes such as peas, fries, macaroni, sweet potatoes and salad, and you'll get a hearty meal for the whole family. Oh, and the music and the dance do not hurt either. 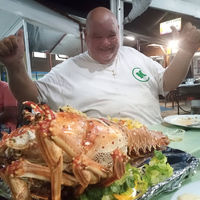 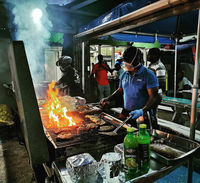 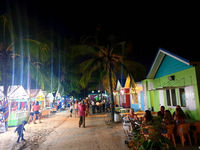 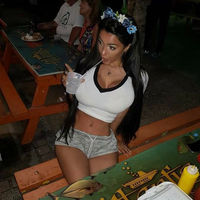 The Hawksbill and Leatherback Turtles feed and nest in the clear, calm waters of the west coast of Barbados, and a number of tour operators take you off the coast to swim with these wonderful, friendly animals. 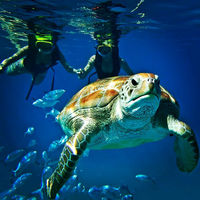 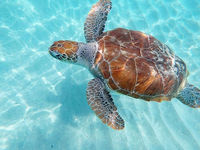 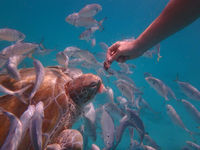 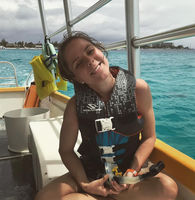 The beach is very popular and fantastic place to visit in Barbados. The Cruising beach also offers many activities, you can dive, paddle, surf or sail. 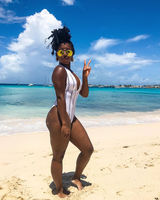 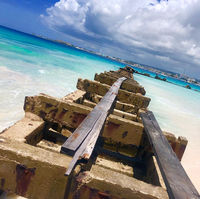 The harbor lights party is one of Barbados popular nightclubs. On a Wednesday evening, local shows with stilts and limbo dancers will take place, continuing with an evening of complimentary drinks until about 2am. Fridays is the most popular night of the locals.

Although Barbados offers a wide variety of beaches, the Barbados Boardwalk is one of the island's most popular attractions. This coastal walk is less than 6 km south of Bridgetown and connects the beaches of Accra and Camelot. Turtles and crabs not only offer outdoor enthusiasts a panoramic view of the ocean, but also visit the adjacent waters. Plan your visit for an optimal view at sunrise or sunset.

Most of the former visitors were thrilled with the cleanliness and views of the Barbados promenade. However, some travelers warn that the wood of the promenade may get hot during the day. To avoid sunburn and dehydration, bring plenty of sunscreen and water. 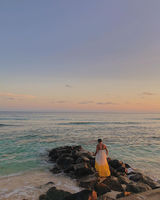 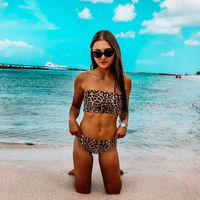 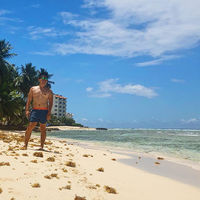 Named after sea anemones, Animal Flower Cave is the only accessible sea cave on the island, located under the cliffs of North Point in the parish of St. Lucia. Although not as popular as Harrison's Cave, you might want to get away from your hotel to explore the caves for at least an hour. Previous travelers have warned that although this cave is impressive, it is a challenge to get there, and the area has little to do but see. Another warning: Watch your steps as you go into the cave as the stairs are steep and the rocks are slippery. 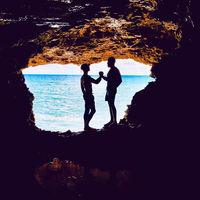 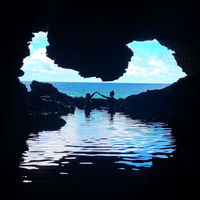 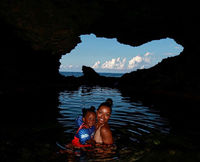 Finally, for typical beach lover, Barbados vacations are a pleasure year-round. The climate of the island is tropical and the place is protected from cyclones and tropical storms. The last destructive storm that crossed the island is more than half a century old. With travelers who want to enjoy their time stay, first class accommodations in various hotels on the island will delight the hearts of all.